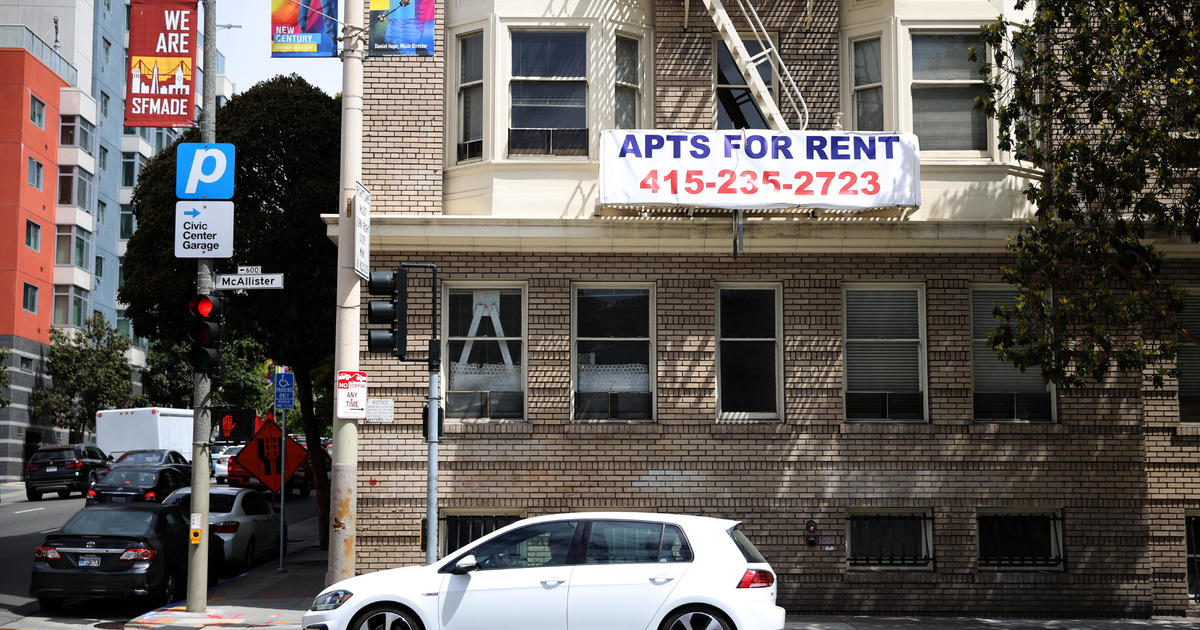 Ryan David didn’t expect the modest one-bedroom apartment he owned in Dupont, Pennsylvania, to set off a bidding war. But when David listed the second-floor unit for rent in February, he got 160 applications in only a few days — about five times what he’d normally expect. One would-be tenant offered to pay an entire year’s rent upfront. Another who had recently moved to the area, offered to pay $650 a month — $50 more than David was asking.

“That really opened my eyes,” David said. “Two years ago people might not have wanted it, but now it was a feeding frenzy.”

Since last summer, David has watched the rent on apartment listings in northeast Pennsylvania surge to $700 or $800 a month for a one-bedroom — several hundred dollars higher than is typical in this working-class enclave, where the biggest city is formerly industrial Scranton. At the same time, he’s observed a growing number of New York license plates in the local streets.

He ended up renting the unit to the family that offered $650. “They’re great tenants,” he said. He plans to sell another three-unit rental property he owns for $125,000 — double what he paid for it two years ago.

After dipping last spring, rents around the U.S. have not only recovered but are now blasting past their pre-pandemic levels. In 44 of the nation’s 50 largest metro areas, rents have surpassed where they were before the health crisis, according to data from Realtor.com. Nationwide, the median rent reached a record high of $1,575 in June, an increase of 8% from a year ago, according to the website.

But this time, it’s not high-priced urban areas driving rent into orbit. Instead, real estate data show the biggest increases are in smaller cities, driven largely by workers who fled urban areas during the pandemic for more safety, space or more privacy.


According to Hale, rents are growing fastest in cities seen as viable alternatives to large urban areas. The fastest-growing rents “tend to be [in] areas that are affordable, that are not super far away from the large [urban] areas, but far enough away that you can get a good deal,” she said.

Riverside, California, has posted the biggest increases over the last year, with typical rents jumping nearly 10% for a studio and 32% for a two-bedroom apartment. However, a comparable two-bedroom would cost $600 or $700 more in Los Angeles than in Riverside, making the smaller city attractive to Angelenos now able to work remotely since the pandemic.

Meanwhile, Silicon Valley workers have decamped from the Bay Area to places like Sacramento, driving the median rent 20% higher over the last year to a median of $1,800.

“Even though we’ve seen rents decline in the Bay Area, typical asking rent is over $2,800,” Hale said. “Especially if you’re not going into the office every day, there’s a lot of other things you can do with that money.”

“We’ll probably have to leave”

The influx of new residents is putting financial pressure on longtime locals — with landlords often eager to take advantage of well-heeled newcomers.

Kellie Andress, 37, has been living in Mississippi’s DeSoto county, just across the state line from Memphis, since she and her husband lost their jobs in the oil and gas industry in early 2020. This January, they signed a new lease for a three-bedroom house for $850 a month. Soon after that, “everything skyrocketed,” Andress said. She started noticing houses like hers listing for double the rent she was paying, approaching $1,900 a month. Then, a friend of Andress’ who rents from the same management company, received a month’s notice to vacate her apartment.

Andress fears that when her own lease is up, she’ll have to move. “Come February, if I didn’t have an oil and gas job or my husband doesn’t have a promotion, we’ll probably have to leave,” she said.

Andress’ husband, a manager for an oil-change company, is currently the family’s sole breadwinner — about $36,000 a year — or just above the median pay in the county. Andress stays home so she can care for the couple’s two young children.

In the year since the Andresses moved to the area, rents in the greater Memphis region have surged at the second-fastest rate in the U.S., with a median two-bedroom in the area going for $1,200 in June. Landlords report record-low vacancies, with many dwellings re-renting even before an existing tenant moves out.

Many of the houses in Andress’ area have been bought by investing companies, and Andress sees rental prices rising far above what locals can afford. Her own landlord, Mynd Management, last month revealed plans to buy 20,000 single-family homes across the U.S.

“There are houses here renting for $1,400, $1,600 a month, and I just don’t know how that’s possible,” Andress said, adding, “Trying to get into an apartment here is impossible — they’re all just booked.”

The frenzy in homebuying isn’t helping home prices and rents. There are 20% fewer houses for sale today than a year ago, and the few houses that are available are increasingly going to cash-rich buyers or investors. That’s pushing up home prices, with the result that 4 in 10 counties nationwide are deemed “unaffordable” for homeownership.

Many first-time homebuyers, who have fewer resources, are finding they can’t compete — and have to keep renting.

“Millennials, they’re turning 30 — an age that we typically see people move into homes and out of the rental market. But with the shortage, it’s been challenging for them to make that transition,” said Realtor.com’s Hale. “You have a large number of people looking to live somewhere, and that’s contributing to shortage.”

Bill Gassett, a realtor at Re/Max Executive Realty, who works in and around Framingham, Massachusetts, saw the market take off a few months after COVID-19 struck last year. “I’ve been through a couple of boom cycles … this has blown them all away,” said the realtor of 34 years.

Typically, the area would have 50 to 200 houses for sale at a time, Gassett said. This year, he’s seen as few as five. At peak homebuying season in April and May, “you literally could put a house on the market and there would be 20 offers on it.”

Home rentals there are relatively rare, but Gassett had a chance to list one earlier this year. The homeowners were relocating abroad and chose to rent out their 3,800-square-foot, five-bedroom home in Ashland, instead of selling. Their asking rent of $4,500 a month shocked Gassett, who recalled thinking, “Jeez, that’s a lot of money.”

“But in the back of my head, I was thinking, ‘This market is so crazy, and they might just get it,'” he added. “And of course they did.”

On the other end of the spectrum, rent in the nation’s urban hubs — New York, Boston, Chicago, Seattle, Washington, D.C., and the San Francisco Bay area — remain below their level from a year ago. But real estate agents don’t expect that to last much longer.

In New York, Joyce Liendo, a broker with the Oxford Property Group, said that “1,000%” of her business these days is driven by people who are returning to the city after waiting out the pandemic in other states.

“A year ago, I could not get people to rent two bedrooms on the Upper West Side to save my life,” Liendo told CBS MoneyWatch. This past weekend, she listed two apartments in the wealthy Manhattan neighborhood and received dozens of inquiries overnight. Both apartments were rented to the first person to view them.

In many cases, apartment rents in the city’s five boroughs are equal to or below their year-ago levels. She said less popular neighborhoods outside of Manhattan or less-desirable apartments are still offering sweeteners like a free month of rent.

But many would-be renters are finding that those “incentives are disappearing really quickly,” she said. “A month ago … people were still trying their luck, asking, ‘Can we get two free months?’ Oh, no, baby, those days are gone!” 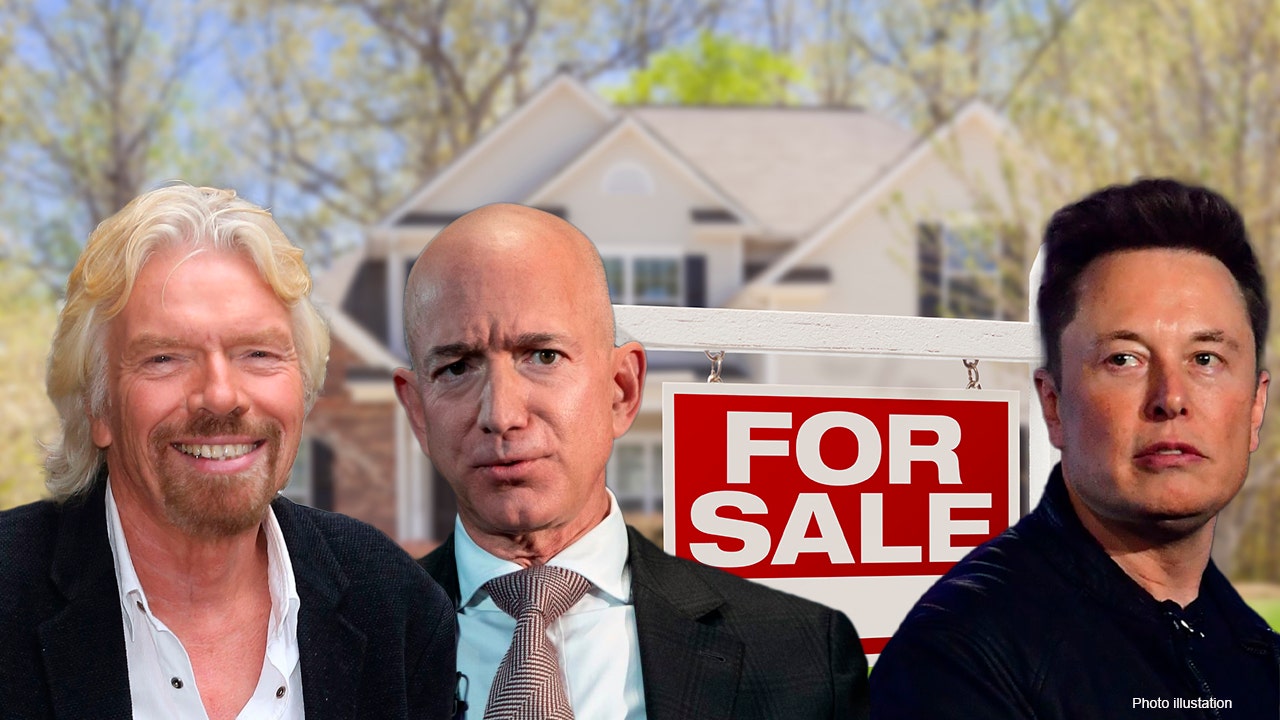 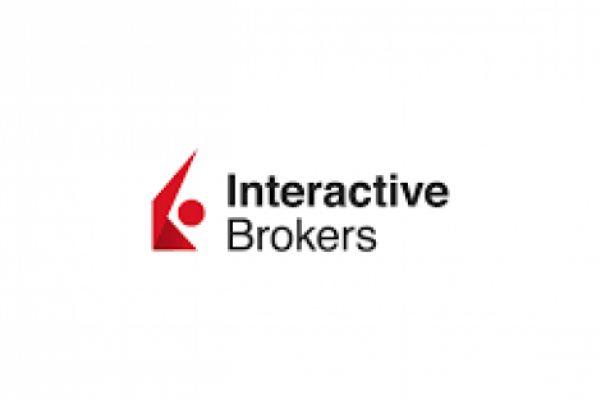